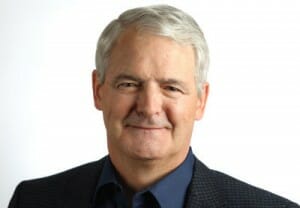 The senseless attack on Nairobi’s Westgate Mall which killed many, including Canadians Annemarie Desloges and Naguib Damji, demonstrates yet again that no nation and no individual is immune to the devastating impact of terrorism.

The threat of terror requires a multifaceted response. There is no single measure that will fully address it, but there is a general understanding by the international community that preventing the illegal flow of weapons to terror groups and criminals is a major step in the right direction. There has been too much violence against innocent civilians by those who are able to access illegal arms far too easily.

Canadians know that if we really want to help countries — like Somalia and Kenya — prevent civilian deaths like those in Nairobi, then one of the single most constructive steps we can take is to sign the United Nations Arms Trade Treaty (ATT), currently making its way through international ratification. This treaty will establish regulations to control the transfer of conventional weapons and regulate arms brokers. It also explicitly interdicts the transfer or sale of weapons if it breaks arms embargoes or if it is aimed at perpetuating acts of genocide, war crimes or crimes against humanity.

More than 100 countries — including the United States — have already signed the treaty, so why is Canada not doing the same? Why is the Canadian government making claims about a possible infringement on the rights of domestic gun owners when other countries are not — especially when the treaty’s preamble states clearly that the ATT is not aimed at the sale of arms for legitimate purposes from one country to another?

It is quite clear that Minister Baird and this government are responding to political pressure from the Canadian gun lobby, which is attempting to raise unjustified fears of a gun registry revival and complaining that the ATT may “potentially” raise prices and increase paperwork on firearms sold domestically for legitimate purposes.

The Government of Canada knows that signing the UN Arms Trade Treaty will save lives by stopping the illegal flow of small arms. Minister Baird is faced with a choice then: does he take a meaningful step to prevent carnage like the Nairobi attacks or does he bow to the domestic gun lobby and their fallacious claims?

Sadly, given this government’s approach to such issues, I suspect we know the answer to these questions. Canada is likely to remain one of the laggards in the process to make the ATT a binding international treaty. But it does not have to be this way.

There was a time when Canada showed leadership on the world stage. Our principled — and bi-partisan — approach helped rid the world of landmines, created the International Criminal Court and led the fight against apartheid.

Unfortunately, it appears that so long as the Harper Conservatives are in power those days are long behind us. Canada’s policy will be guided by the “principles” of partisan interests and fundraising opportunities. Our Foreign Minister will continue speaking to a near empty room when he deigns to visit the United Nations — the emptiness of the room matching his government’s lack of action.