HomeAccueil > Blog > Too much at stake 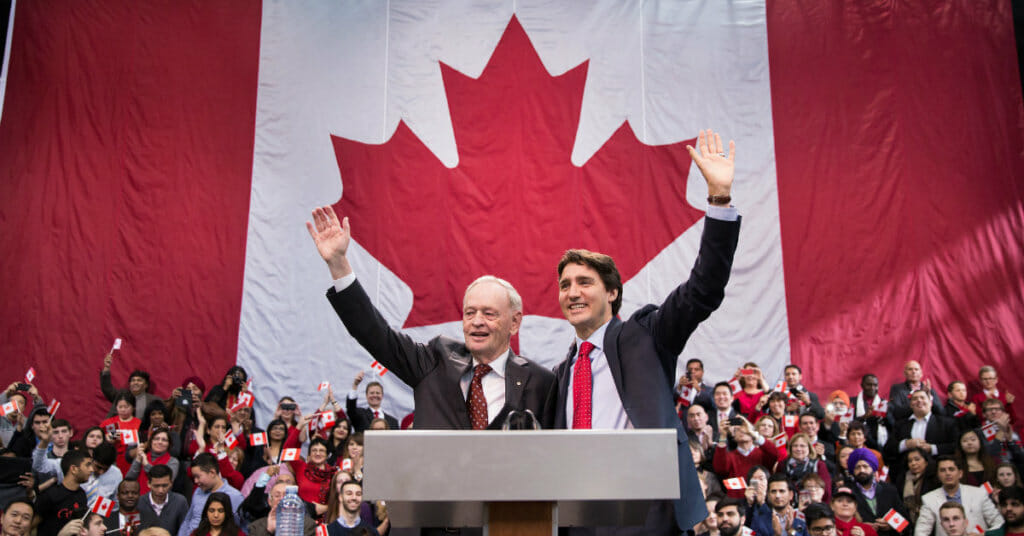 He stood up to Mr. Harper again last week, speaking out against deepening, lengthening and expanding Canada’s involvement in Iraq, to include the Syrian Civil War.

These speeches reminded me that my Liberal government also never let the Conservatives debase Canadian values. And we certainly never let them drag us into a decade-long war in Iraq.

I stared them down, again and again, when their choices called into question who we are as Canadians at home and abroad.

This is why, when Justin Trudeau speaks, I am hopeful for the future.

The values he articulates — diversity, inclusion, equality — are the bedrock of Canadian society. They are the values of the Canadian flag that he and I celebrated last month.

Meanwhile, Mr. Harper, has a different message — of fear, division and distrust — the very forces that weaken the bonds between Canadians.

Our values and international reputation were won with great effort and through many hard-fought victories. The Canadian Charter of Rights and Freedoms, a woman’s right to choose, and the legalization of gay marriage. Saying no to the last war in Iraq, and leading the way on Kyoto.

We must not take these achievements for granted. Each and every Canadian must stand up to defend our rights and liberties, our values, and our place in the world. That includes you and me, Prabhjot.

That’s why I’m asking you to pitch in for Canada. For our values, the Liberal Party and for Justin Trudeau.

Want to donate by phone?