HomeAccueil > Blog > On women’s rights, we stand by our convictions 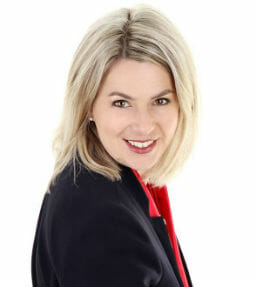 When I put my name forward in hopes of becoming the Liberal candidate for the riding of Beloeil-Chambly, I had no doubts about where the Liberal Party of Canada stood on the issue of a woman’s right to choose. The party has long upheld its assertion that a government has no business legislating on what a woman chooses to do with her body. Instead, it has insisted that access to abortion is a matter of women’s rights; these rights must be respected and protected. Grassroots members officially affirmed this position in 2012 at the Liberal Party’s National Convention in Ottawa, when over 92 percent of delegates voted in favor of a resolution that endorsed a woman’s right to choose.

It is in light of this long held position that I wish to express my strong support for the decision of our Leader, Justin Trudeau, to reaffirm that the Liberal Party of Canada stands firmly behind women in supporting their fundamental right to choose. By insisting on a unanimous vote of Liberal MPs in the House of Commons, this reaffirmation assures Canadians that if they vote Liberal, they will get a representative who supports a woman’s right to choose and one who is committed to ensuring that this right continues to be protected by the Charter of Rights and Freedoms.

This expectation – that all Liberal MPs would vote as one should this issue ever come before the House – is one that was made clear to me when I sought to become a Liberal candidate in Beloeil-Chambly. While candidates are allowed and in fact encouraged to hold their own personal views, when it comes to votes in Parliament they must support a woman’s right to choose. This position does not stifle the healthy debates that will continue within our party and our country – instead, it seeks to build a team of Liberal candidates who are unified in supporting the rights of women to make their own choices about their own bodies based on their own personal beliefs.