HomeAccueil > Blog > Will You Invite Her to Run? 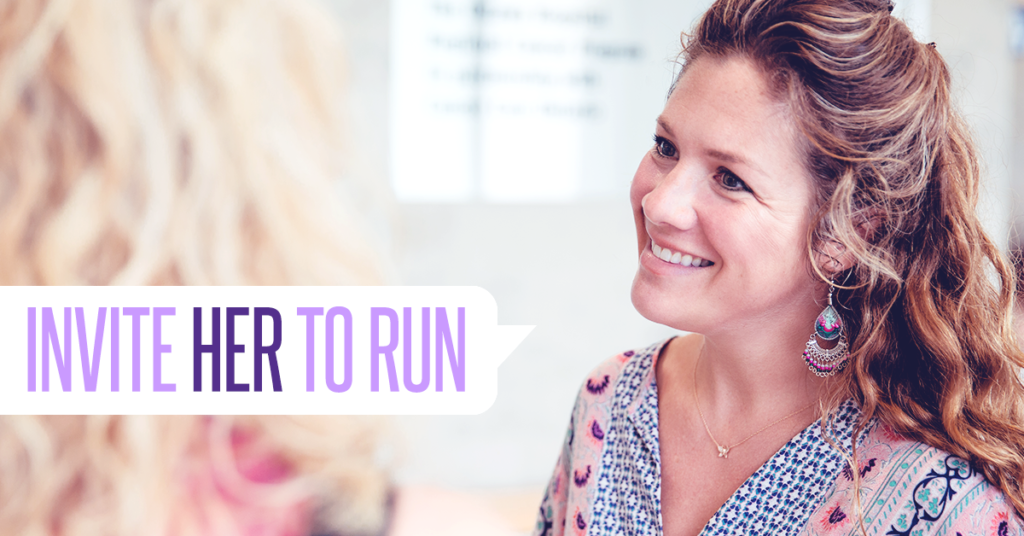 This past year, the world has seen the rise of the #MeToo and #TimesUp movements. Women are courageously using their voices and those hashtags to tell their stories and spark vital conversations about gender equality and ending sexual harassment in all of its forms.

It has also seen Malala Yousafzai awarded honorary Canadian citizenship for her determination to end gender-based violence and achieve gender equality, the lyrics of ‘O Canada’ amended so all Canadians will feel included when singing our national anthem, and a 2018 budget in which the Liberal government is putting into action it’s commitment to advancing women’s equality, participation, and leadership in our economy.

Together, incredible progress is being made in the fight towards gender equality.

Justin and I will continue to advocate for the empowerment of women and girls as leaders, innovators and decision-makers, but there is more we can all do.

We all know an extraordinary woman — she is intelligent, brave and determined. And her leadership can inspire her community and our country. She just needs a nudge from her peers to empower her to take the next step, so we should — and must — encourage her to run.

As part of this year’s Invite Her to Run Campaign, we’re asking you to do more than invite a woman to run — we’re asking you to invite her to get involved in politics in any way she can. Whether it’s volunteering, getting involved with the local riding association or playing a key role on campaign teams, we’re excited to get to know you!

Research shows that women are 50% less likely than men to consider themselves a potential candidate for elected office, and with the next election getting closer and closer, now is the time to act.

Make a difference and send an invite to a friend, family member or colleague who you think is a strong community leader, and encourage her to get involved in politics.

Invite Her to Run