HomeAccueil > Blog > Why veterans are running for Justin Trudeau 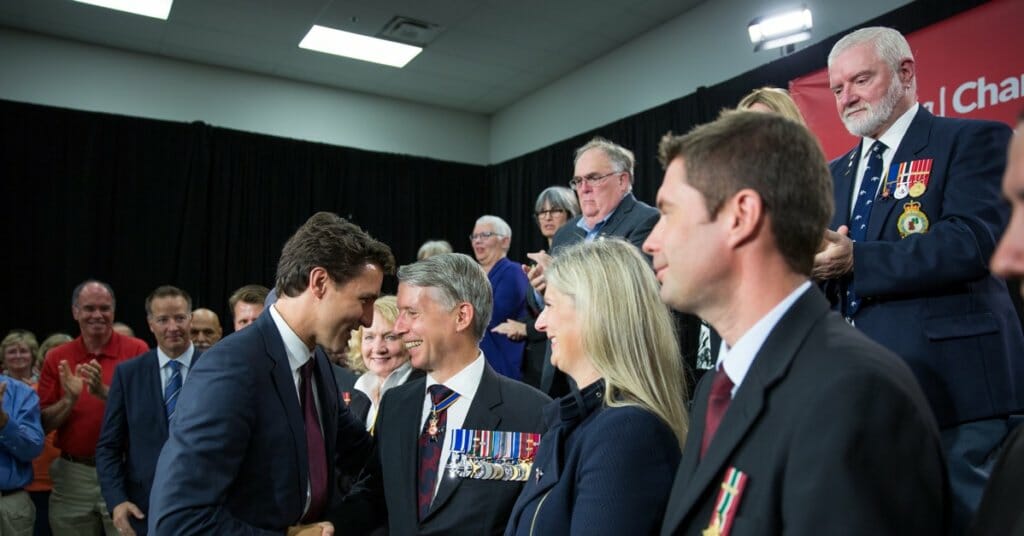 Yesterday, I stood with Liberal Party of Canada Leader Justin Trudeau in Belleville, Ontario, as he announced his plan for real change for veterans and their families.

Upholding the social covenant and sacred obligation with our veterans is something that hits close to home for me. I spent 35 years of my life working and serving alongside our servicemen and women, and I am intimately aware of the very real and dangerous challenges they face on a daily basis. These brave women and men represent the very best of what it means to be Canadian.

Yet, Mr. Harper’s Conservatives walked away from their obligation to recognize our veterans’ national sacrifice. The Harper communications machine has spent a fortune of our tax dollars trying to convince Canadians that everything is just fine with our veterans. It’s not. And quite frankly, it’s time we move beyond the spin toward real leadership that’s going to fix this problem.

Two years ago, Mr. Trudeau and I had the opportunity to spend some time at the Beechwood National Military Cemetery on November 11th. We walked in the footsteps of those who fell in service, and we had the chance to meet with their families. After months of discussion with veterans and Canadians, Mr. Trudeau’s response was resolute. He said: “Let’s fix this. Let’s do it right for them. Canada owes them so much.”

Yesterday, Mr. Trudeau made a commitment to work co-operatively with those impacted, those involved, and address the problem. Some of the first steps a Liberal government will take to bring real change to veterans and their families include: re-establishing lifelong pensions for our injured veterans, and increasing the value of the disability award; investing $40 million to increase the Earnings Loss Benefit to 90 percent of pre-release salary; investing $80 million per year to create a new Veterans Education Benefit that will provide full support for the cost of up to four years of college, university, or technical education; investing $100 million per year to expand support for families of veterans; doubling the funding to the Last Post Fund to ensure that veterans receive a dignified burial; re-opening the nine Veterans Affairs service offices closed by the Harper Conservatives; and budgeting $20 million to create two new centres of excellence in veterans’ care.

Mr. Trudeau is ready to make a real difference in the lives of our veterans and their families. In my family, public service and service to your country has always been of vital and formative importance.

I see in Mr. Trudeau that same sense of service and leadership that is desperately needed in our country today.

Our veterans deserve better and Canada deserves better. No veteran should ever be forced to fight their government for the support and compensation they have earned. Our veterans deserve respect, support, and a real chance at a bright future once they leave active service. After ten years of neglect by the Harper Conservatives, we finally have the plan and the leadership to make things right for our veterans and their families.