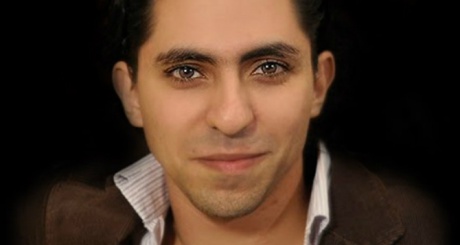 The news that Saudi Arabian free speech advocate, Raif Badawi, received the first 50 of 1,000 lashes to be administered over 20 weeks, was deeply troubling.

Mr. Badawi, who has been in a Saudi jail since June 2012, has additionally been fined almost $300,000 and been sentenced to ten years in prison by the Criminal Court in Jeddah on charges of “blasphemy” and of “adopting liberal thoughts.”

The Liberal Party of Canada strongly condemns this inhumane sentence and urges the Saudi Arabian government to reconsider its stance on Mr. Badawi, whose only crime was to peacefully exercise his freedom of speech and his support for freedom of religion.

As the Liberal Foreign Affairs Critic, I have written to the Ambassador of Saudi Arabia to request a meeting with him in order to express my party’s concerns regarding Mr. Badawi’s sentence.

Canada has political, economic and social relations with many countries, including Saudi Arabia. When disagreements occasionally arise between our country and others on certain issues, our government has an obligation to speak up.

Canada has always promoted human rights and voiced its concerns about human rights violations through respectful and open dialogue.

As the Liberal Foreign Affairs Critic, I have written to the Ambassador of Saudi Arabia to request a meeting with him in order to express my party’s concerns regarding Mr. Badawi’s sentence.

If this meeting takes place, I will urge Saudi authorities to grant clemency to Mr. Badawi so that he may be reunited with his wife, Ensaf Haider, and his three children who settled in Sherbrooke, Quebec, following Mr. Badawi’s arrest.

In the last few days, I have openly called on Foreign Affairs Minister John Baird to speak publicly about the unjust sentence given to Mr. Badawi. I am encouraged to see that Minister Baird has now publicly criticized Mr. Badawi’s sentence as inhumane and called for clemency.

Given that Mr. Baird will meet with Prince Turki al-Faisal, Saudi Arabia’s former Ambassador to the United States, at the World Economic Forum in Davos next week, and again in Ottawa during a visit planned in mid-February, I strongly encourage Mr. Baird to raise Mr. Badawi’s case during these meetings.

Our thoughts remain with Mr. Badawi, his wife, and his children, who expressed their anguish so movingly in recent days.