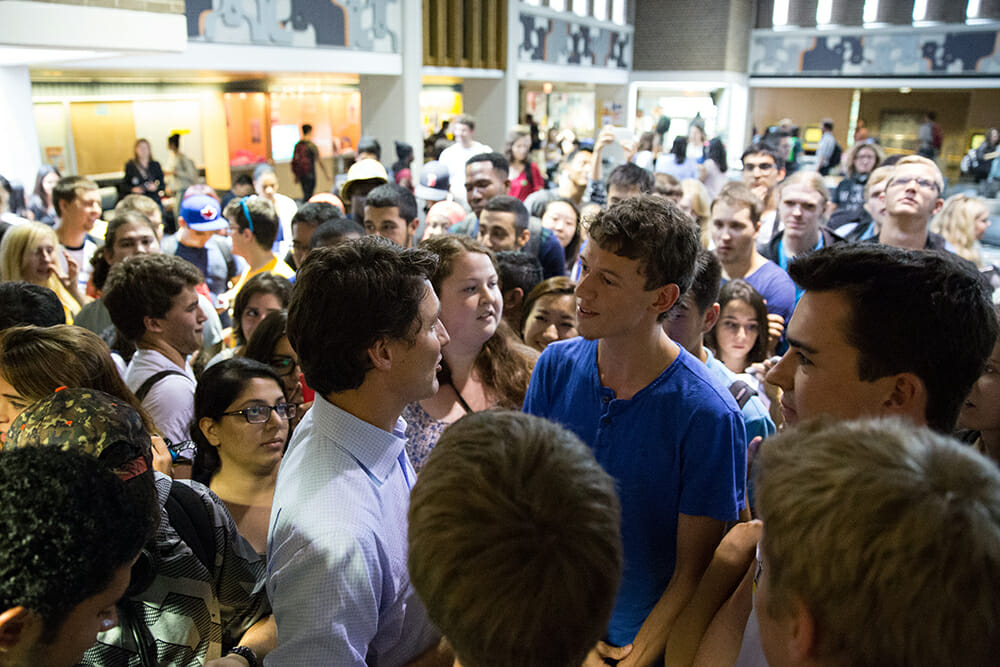 HAMILTON, ON – A Liberal government will make significant investments now, so all young Canadians have a real and fair chance to succeed, said the Leader of the Liberal Party of Canada, Justin Trudeau, today.

“I’ve met and spoken with thousands of young Canadians across the country – young people who are unable to find good jobs when they graduate, pay off student debts, or afford to buy a house. They are investing in their futures and in Canada’s future, but for ten long years Harper has not lifted a finger to help them,” said Mr. Trudeau. “It is time for a government that is focused on young Canadians. That is why, as part of the Liberal plan to create jobs, grow the economy, and help the middle class, we will immediately invest in young Canadians.”

A new Liberal government will invest $1.3 billion over three years – 13 times more than the NDP – to create jobs and opportunities for young Canadians. We will invest $40 million each year to help employers create more co-op placements for students in science, technology, engineering, mathematics, and business programs. We will also create 40,000 youth jobs each year for the next three years through a renewed Youth Employment Strategy. A new Liberal government will make it easier to get a post-secondary education, and to pay off student debts by increasing the maximum Canada Student Grant for low-income full-time students by up to $3,000 a year, and up to $1,800 a year for part-time students. We will also make the student loan system more flexible, and make sure that no graduate with student loans begins repaying until they earn an income of at least $25,000 a year.

“For too long, this government has ignored young people across Canada. A Liberal government will change that. We will put the real needs of young Canadians at the heart of what we do,” said Mr. Trudeau. “This election, we are the party with the most progressive platform, and the only party that is being straight about what it will take to grow our economy. Harper wants Canadians to believe that better isn’t possible, and Mulcair wants us to believe that change can wait. On October 19th, together we can enact a vision of Canada that’s confident and positive, and bring real change to our country.”